Owing to its utility and low cost, the Raspberry Pi's reach extends to all corners of the globe. As our way of honoring this, we've made an effort to support internationalization (often abbreviated i18n) with RaspAP. Given the response from this issue it became obvious that translations are something that the community both wanted and were willing to contribute to.

On Linux systems, GNU's Gettext provides a standardized way of managing multi-lingual messages. In order for Gettext to work with different languages, you must configure a language package on your RPi corresponding to one of our supported translations.

To list languages currently installed on your system, use locale -a at the shell prompt. On a fresh install of Raspbian, this should return a list like the one below:

To generate new locales, run sudo dpkg-reconfigure locales and select any other desired locales. Here is a useful list of ISO 639 language codes. Important: be sure to select UTF-8 as this is the preferred encoding.

For example, on an RPi with many locales installed, locale -a would output something like this:

Once you've configured a locale on your system, RaspAP will read the HTTP_ACCEPT_LANGUAGE string and use this to load your desired language in the UI. Alternatively, you can also select a different language from the Language tab in the System menu. 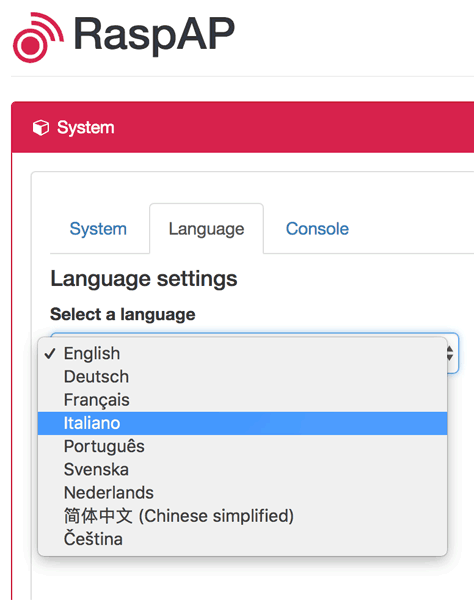 Important: If you configured a new locale after installing RaspAP, you must restart lighttpd for the changes to take effect:

The following translations are currently maintained by the project:

We are certainly not limited to the above. If you are willing and able to translate RaspAP in your language, you will be credited as the original translator.

Contributing to a translation

RaspAP now has a translation project home at Crowdin. This is the place to go for all volunteers who would like to contribute to our ongoing translation efforts.

How to become a translator

The process is very straightforward. Start by signing up for a free account at Crowdin. Once you are logged in, head over to our project home. 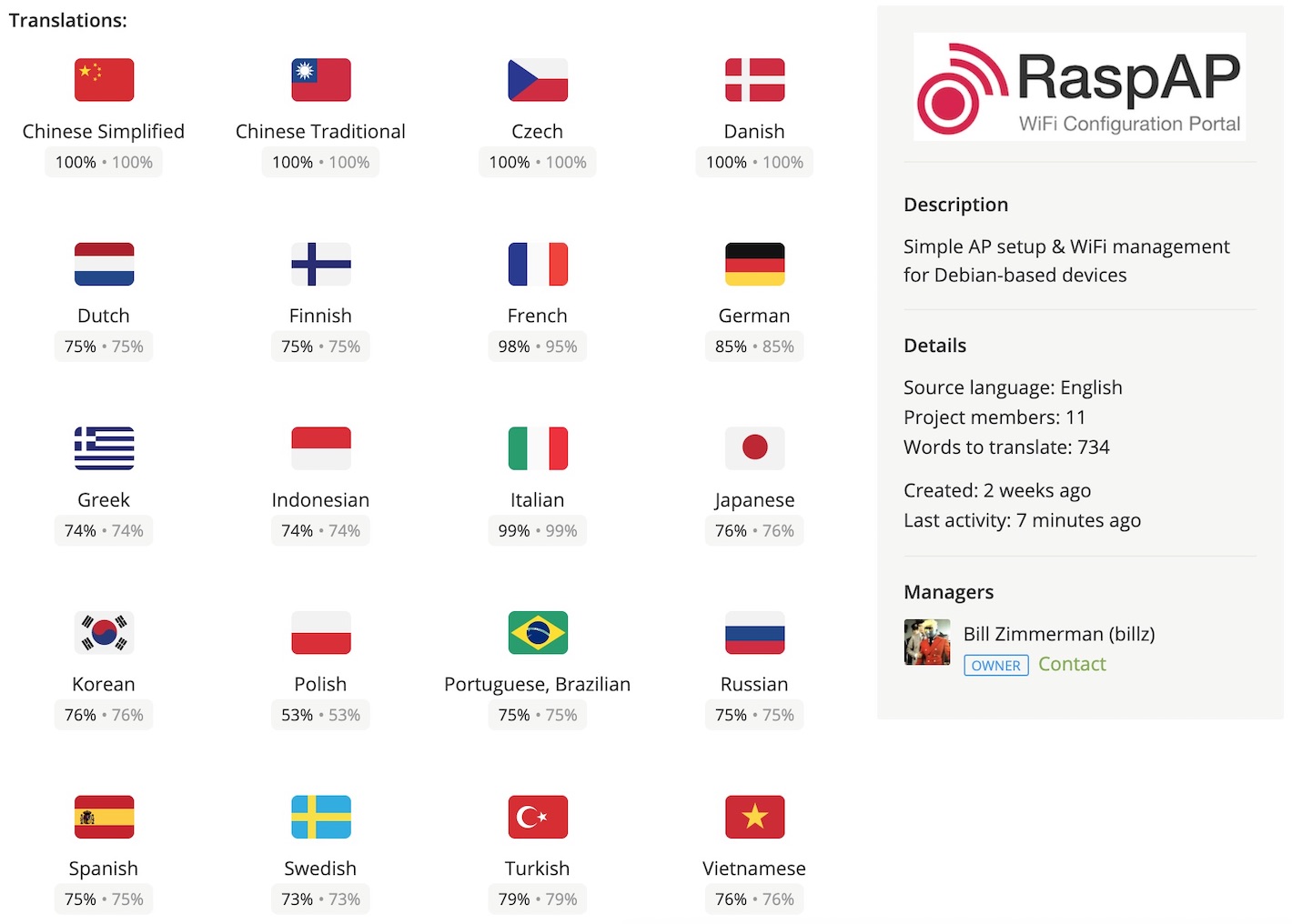 Here you will find our supported translations, recent activity, discussions and so on. You can get started by simply choosing the language you'd like to contribute to. For more info, see Crowdin's detailed walkthrough of the translation process.